Catherine Hoskyns is currently Professor Emerita
in International Relations at Coventry University, UK.
In 1965 she published The Congo since Independence Jan 1960 – Dec 1961, a study of the breakdown in the Congo after independence, focusing on the international context.
She has maintained a long-term interest in developments
in East and Central Africa but has also done research and taught courses on gender politics and the history of the European Union.
For further biographical information and details of publications see

For further biographical information and details of publications see https://www.coventry.ac.uk/life-on-campus/staff-directory/arts-and-humanities/professor-catherine-hoskyns/

In 1958 I left Kenya and travelled by car through Uganda and the Eastern Congo towards what was then Rhodesia. I spent about three weeks in Kivu and Katanga. What follows is an account of that journey based on contemporary notes and letters and my memory. I have added a few more recent comments.

When we left Albertville we went west again into the hills. We had long discussions I remember about the relative merits of different forms of colonialism. I was a bit taken with the Belgian model as I felt the Belgians  were creating a viable country with many advantages which they would be too weak to hold onto once Africans woke up to what was happening elsewhere. Anthony very much preferred the British model which despite its ruthlessness had a certain moral basis and some accountability back home. And of course, some Africans under the British system, like the newly elected members in Kenya, had been able to acquire enough education to make them ready to take over.

However, such discussions were abruptly ended when we stopped for a break and noticed an ominous drip from the sump. The Morris Traveller is notoriously low slung and we had been warned to take care. We drove back as fast as possible to the last village only to be told that the nearest garage able to solder was 50 km away. However, the villagers went to fetch Iunga, a chauffeur from Albertville briefly visiting his family. Iunga was unusual among the Congolese we met in speaking good French. He was also practical. He sent a child off to fetch a long block of soap, cream and flecked with blue. He broke off a piece moulded it and plugged the hole. ‘That will take you some distance’ he said and gave us the rest of the soap to use as we went along.

While this was going on, we were able to talk to him a bit. He was lively and intelligent and full of funny stories about the Belgians whom he regarded as kind of supermen. ‘They are intelligent but not mwema’ he said, using the Swahili word which means so much more than good. Iunga knew very little about the world outside Albertville and thought that Leopoldville was in Belgium.  However, I could see that he would be good material once any real politics took hold. He refused to take any money for his help – even for the village. In the end Anthony gave him a copy of Thomas Mann’s Death in Venice which he had just finished reading. I like to think of that intense novel exuding its power in the Congolese forests – even if unread.

We staggered to the nearest town using the soap every five miles or so, blessing Iunga for his help and wishing him well. After we got the sump repaired, we felt that our luck was running out and that we should stop exploring and go directly to Elisabethville (now Lubumbashi) in Katanga province and near to Rhodesia.

We set off for Pweto by Lake Moero and then decided to drive the full distance (about 400 miles) in one go. However, we were defeated by the terrain and ended up in the dark still far from Elisabethville. We had passed no villages and there was an eerie quiet. Accepting that we would have to stay the night, we spread a tarpaulin out in front of the car, lit the primus and cooked our supper in the beam from the headlights. After we had eaten, we lay on our backs looking up at the great African moon. Although wild animals usually come out at night nothing stirred and there was only the sound of crickets. I think we slept on the road. If so, it was foolhardy, but no harm came of it and we woke to a new day. Looking back, I think it is possible we had strayed into some protected area or ‘no man’s land’ as the lack of life and movement was extraordinary.

I don’t remember much of Elisabethville except that it was a more modern town, again with good communications, and less overt segregation. The business world was opaque, and we were surprised to hear that most of the uranium used in the atom bombs dropped on Japan at the end of the Second World War, had been mined in Katanga.

My mother had sent me some money so we were able to stay in a hotel. I wrote her a long letter about our experiences which she showed me when I got back. I also wrote to some of the African politicians I knew in Kenya. They probably knew what the Congo was like, but I don’t recall any talk about it while I was there. Politicians from Kenya and Tanganyika were in the process of setting up the Pan African Freedom Movement of East and Central Africa, one of the aims of which was to support freedom movements in the countries to the south. Later politicians from the Congo joined in.

Neither in Elizabethville, nor elsewhere on our journey, did we attempt to access the subterranean African life in bars and dance halls that seemed to exist everywhere under colonialism. And as I knew from Nairobi, Congolese music was compelling and highly popular. Certainly, in the west of the Congo, as Gary Stewart has shown in his book, Rumba on the River, by this time local music was already political and creating a dense life, mostly below the Belgian radar.

We also it would seem underestimated the level of political activity taking place. I learned later that the Centre du Regroupement Africain (CEREA) was formed in Bukavu in August 1958. This was a party with a radical socialist agenda and dedicated to land reform. One of its leaders, Anicet Kashamura, a journalist from Kivu, attended the Round Table conference in Brussels in January 1960 and became Minister of Information in the independence government.

There must have been a burgeoning political activity underlying these developments.

None of this was apparent to us on our trip. What we felt was an uneasy calm and a total contrast to the turbulent politics of East Africa.

Leaving the Congo and coming into Rhodesia was a strange experience like coming out of a wood and into thin bright sunshine. The Congo with its lakes and towns and humorous, laid-back African population had captivated us both. One day we thought this lumbering beast would rise up, shake the flies from its back, and take its place in the modern world.

I remembered this image when a few years later I was commissioned to write a study of the collapse into chaos which happened after the Congo became independent in June 1960. Memories of this trip in the eastern Congo stayed with me while I was writing. 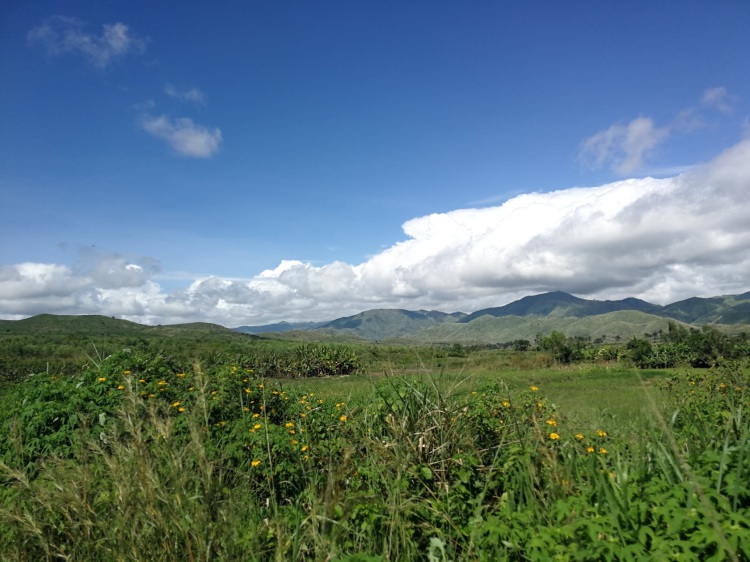