The Mortuary and the occult

It’s already late when I meet Bosco. I enter a local bar and order some simba Baridi (cold beers). The bar is not more than a few plastics seats under a half torn umbrella along the main road in a neighbourhood called Kalubwe. Both the seats and the umbrella are sponsored by the local brewery. The bartender hands over the beers, interrupts my neatly prepared introduction about my research and informs us that the beers are served “fraîcheur naturelle”. Apparently there has been a délestage (a planned power cut to avoid overload of the grid) since early morning. If you order a beer in Congo (as in most central African countries I visited) you are always asked if you want it cold or warm. Most of my African friends drink them warm. In Bujumbura, Burundi,  someone once told me he subconsciously chooses between cold or warm beer based on the location of the bar and the anticipation whether or not that region received electricity that day. He explained that ordering a cold beer whilst being aware of the lack of electricity puts the bartender in an embarrassing position. We both take a sip of beer and I wonder if Bosco notices how I swallow the warm beer rather uncomfortably. Bosco is a Kilengwe (an undertaker), working in one of the public mortuaries. 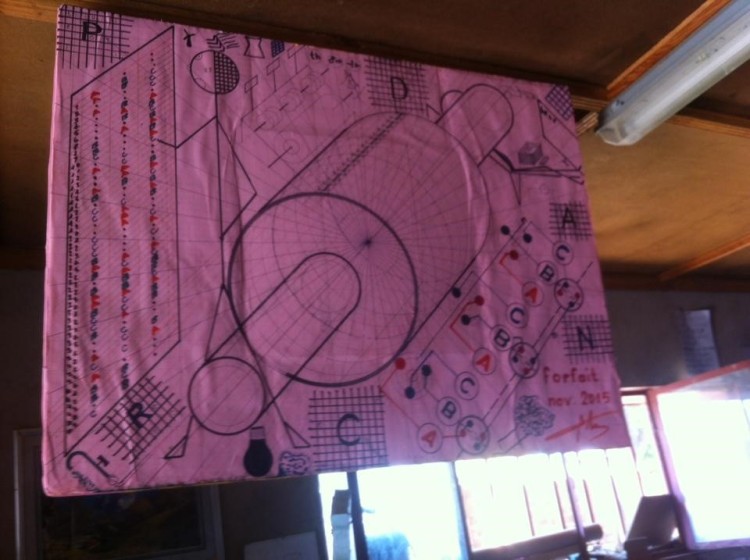 Most Lushois constantly manipulate the available infrastructure to get the best out of the poor electricity distribution system (see previous blogpost: manuals for electrical wiring). My Host has some kind of battery installation to light up his pharmacy in case of power cuts, and several power banks to charge his electrical devices. Less than 10 % of the Congolese population enjoys electricity. S.N.E.L. (Société Nationale d’Électricité) is supposed to generate, transmit, and distribute electricity throughout the country. In reality, however, Lushois living with electric things have to take matters into their own hands. My research participants often mentioned how urbanites find smart ways to deal with S.N.E.L.’s lacking capacity to electrify their homes. Wealthier inhabitants of a certain neighborhoods often finance the repairing of the infrastructure themselves. When someone buys, for instance, spare parts, S.N.E.L., having the monopoly on electricity distribution, stays appointed as the owner of the bought equipment. Nevertheless, the investor can ask households who benefit from his/her efforts to contribute financially until the initial investment has been recuperated. In reality, an investor often acts beyond the national electricity company and – by applying this rule on money recuperation in a very creative way- receives money from individuals in return for electricity without those individuals being subscribed to S.N.E.L. in the first place. The private investor thus operates an electricity supply industry himself which results in complicated social structures governing Lubumbashi’s electro-scape. To understand how urbanites manage electricity  in Lubumbashi’s amalgamation of power-cables, fuse boxes, people and electric appliances, one needs a thorough understanding of the political, economic and spiritual layers that mark the cityscape. 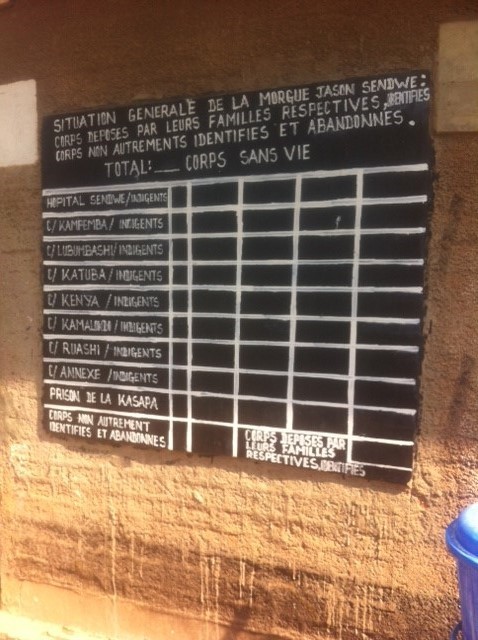 One of such places taking electricity distribution beyond the realm of S.N.E.L. and the mere infrastructural is the mortuary. Bosco is not eager to talk about what he refers to as “les advantages professionnelles” (extralegal benefits) of the mortuary attendants. But based on conversations with other research participants, I already learned that communities pay them to tap electricity from the mortuary in order to electrify their homes. At night, fetisheurs enter the fridges to perform occult practices as they believe the concentration of spirits in there gives them nguvu (strength). The mortuary is a place where different forms of energy merge together: the one fuelling our electric lives (electricity), transformative forms of energy (transition between life and death) and occult forms of energy (those giving “access” to magic). However, domesticating these energies implies manipulating them and getting them on speaking terms. To get access to the occult, for instance, electricity is often manipulated as it could interfere with the occult in various ways: Light has to be avoided for the spirits to dwell comfortably and the fridge has to be switched off as coldness complicates tuning into the occult. The transformative rituals guiding a transition from life to death has to be respected as only then occult commodities are acquired as a by-product. Bosco, among others, explains me how the water that has been used to wash corpses is collected and sold. Mamanitilie (Tanzanian Swahili referring to female street vendors selling food) often buy this water. They mix up the liquid with the food they sell as it is their belief that the occult powers attract customers, opening up their business to a bigger market. Vilengwe as Bosco mediate these invisible powers and act as the anthropogenic energy needed to keep the mortuary’s energy market up and running. Meanwhile we are three warm simba’s further and by listening to Bosco’s often hesitating voice to reveal these stories to me, I realize that the mortuary as a techno-space offers us an interesting insight into the laws of (African) thermodynamics.  In fact, African societies’ idea about life and death encapsulated, for instance, the first law of thermodynamics way before it was first described among Western scientists. Very similar to this law, these societies were aware that energy – in this particular case seen as the roho (soul) – can neither be created nor destroyed but changes form or moves between places. The world of the living, and the world of the dead are not considered mutually exclusive. Scaling down science and technology to specific idioms limits our understanding of the world. That is why we have to tune into grassroots epistemologies of kawi “energy” and “nguvu” (strength) which enables us to understand the indeterminacies of significance and praxis in assemblages of people, spirits, technoscapes, symbols and substances. By doing so, we preserve and render sacred that which science and technology contains outside of the Western episteme, the very basic goal of this research project.