During the following four weeks (Feb 19-March 12 2017) Trisha Phippard, a doctoral researcher at the Institute for Anthropological Research in Africa (IARA) at KU Leuven University (Belgium), will be sharing some reflective notes about her field research in and around Kikwit. This doctoral project is embedded in a larger research project dealing with technology cultures in the DR Congo.

Post #1. Expectations of power: The changing face of Kikwit

Does electricity ‘make’ a city? In the eyes of many Kikwitois, it seems that it does.

In 2015, the population of Kikwit reached 1,128,000, sprawling over 92km2 along the banks of the Kwilu River, 525km from the capital. A town of more than a million inhabitants could perhaps easily be considered a city it its own right by demographic standards. Yet many of my interlocutors here insist that Kikwit is not, in fact, a ville but rather a grand village, because, as one of them put it, it “fails to respect the norms of urbanism” – or, in other language, the markers of ‘development’. Despite the large population and its regional significance as an intersection of trade and transport networks, Kikwit remains without any mains electricity or clean water supply (apart from a rather limited and unreliable system of community taps). 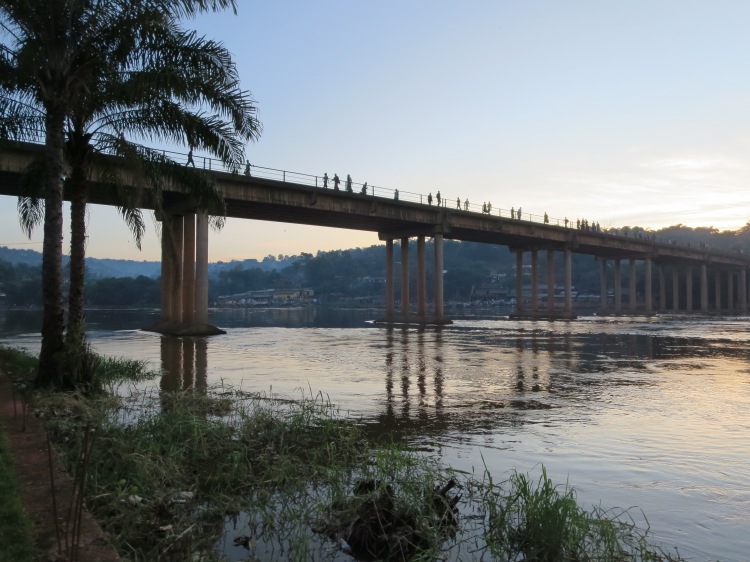 Like other villages in the region, Kikwit is full of old buildings from the colonial era, like the general hospital where I spend a lot of time, which feature long-since-used taps and pipes awkwardly spilling out of the walls, and antique electrical infrastructure dangling from the ceilings. These relics are tangible ever-present reminders of a time when electricity and water did flow through at a least the central areas of the town. Some residents recall a time when the power functioned 24/7 and the streets were even illuminated at night with public street lamps.

In Kazamba, at the outskirts of town, the immense pylons transporting electricity down to Lubumbashi pass within eyesight of many people’s homes, without connecting them into the grid. Kikwit has been decidedly left outside of this modern infrastructural development. In other villages nearby, like Mosango, this exclusion feels even more pronounced, as the pylons pass literally overhead. These giant metal structures tower above a community that depends on alternative sources of energy (like fuel-guzzling generators or generally poor-quality Chinese solar panels), and for some are symbolic reminders that towns like Kikwit have been left out of any big ‘modernization’ projects, not deemed important enough for inclusion. 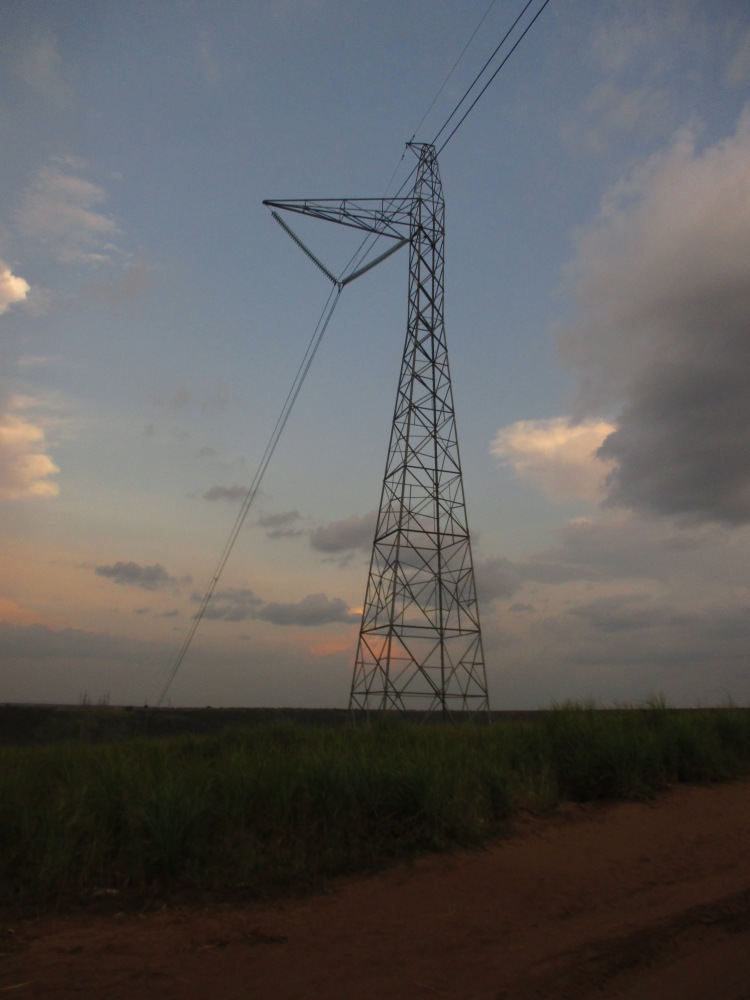 Transporting electricity past the outskirts of Kikwit. 15.03.2015 © Trisha Phippard

But everyone is waiting expectantly for this to change, and for the arrival of electricity, at least (as there seems to be little hope for a solution to Kikwit’s water problems any time soon). On the street, on the radio, in staff meetings at the hospital – people here are often talking about what will happen “when the power arrives.” Everyone cites 2017 as the year electricity is supposed to arrive in Kikwit. These hopes are pinned on the construction of the nearby Kakobola hydroelectric power station, a project that has dragged on for years, along with the promise of an electrified Kikwit.

It is not clear when that dream will become a reality (or even how much of the population will be able to access it financially when the electricity does arrive). Already, though, the face of Kikwit is changing with this prospect of power looming over the town, with expectations of how electrification will bring development and industry—in general, opportunity—to the town, transforming it decidedly into a ville after all. Since I started my fieldwork in January 2015, I have noticed rapid changes in the appearance of the town, with many more multistory buildings being built, using new and imported materials. In Kikwit IV, the furthest corner of the sprawling town, there is a constant buzz of construction, with the landscape seemingly changing every time I pass by. Residents have told me that like the new buildings going up all around them, the housing prices, too, are rising. 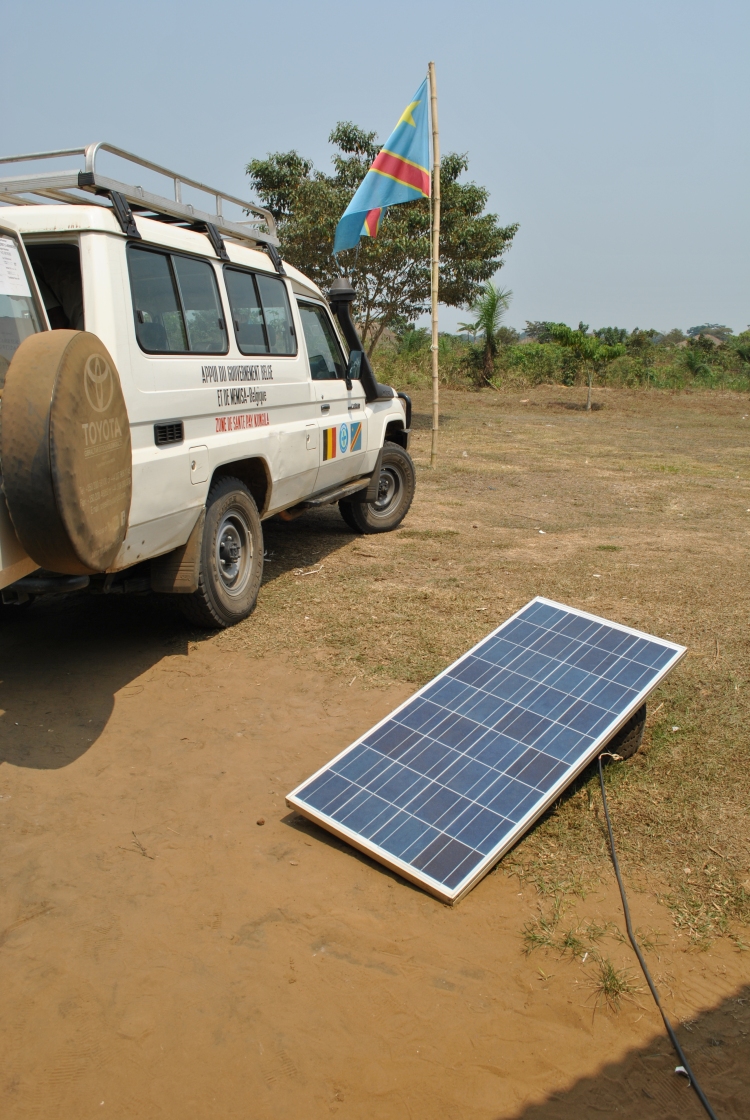 In the meantime, as everyone waits for ‘real’ power, the Chinese and Indian merchants whose shops line the main part of town have bustling trade in solar panels and devices, and to a lesser extent, petrol-fueled generators. Some entrepreneurs have created communal generator systems to sell electricity to their neighbours, but in neighbourhoods like where I reside, it is often difficult to pay for this service every day and the current is weak and flickering; many days it doesn’t appear at all. If they can afford it, most people prefer to install a solar system, even if it’s just a small panel to charge mobile phones and radios. This chinoiserie is often lamented for its generally poor quality, always breaking down and mysteriously not working, especially now in the dry season with the sun not as strong and the dust coating the panels (like everything else), necessitating frequent cleaning. The more sophisticated these solar systems become (like those increasingly installed at hospitals in the region, solar fridge and all), the less important getting connected to the grid becomes materially, though symbolically it remains important. 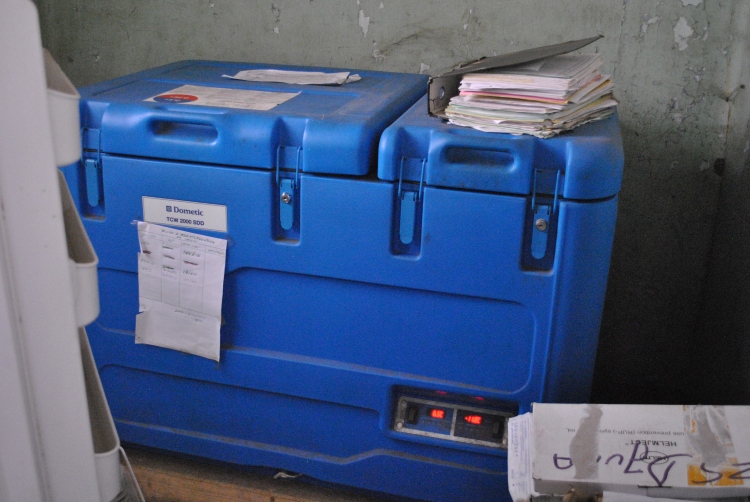 In late July, the prime minister came to Kikwit on route to Kakobola to check the progress of construction. Apart from the several potholes fixed on the highway, the other legacy of his trip is the news that the construction is nearly completed, reinvigorating hopes for an electrified Kikwit in 2017. Five years after the project’s launch, the main construction work on the 9-megawatt plant is mostly finished; all that remains is to construct the infrastructure to transport that electricity to the communities in Kikwit, Idiofa, and Gungu that the plant is supposed to serve. However, it remains to be seen when the transportation infrastructure will be realized. Many people here speculate that this is on hold indefinitely, to see how the national political situation will be resolved. So it seems the wait for power will continue, for the time being at least.